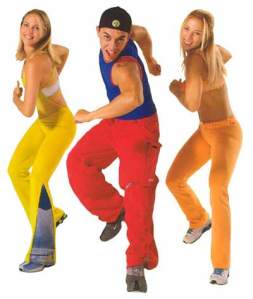 This past Saturday my friend Cate invited me to go to Zumba with her. I wasn’t sure if I would physically be able to do Zumba, but Cate seemed so enthusiastic I thought I’d give it a try. Also, I was drinking when she asked me.

By this morning, I was wondering what the hell I had been thinking. I briefly considered telling her that I couldn’t go, but I totally adore Cate and I didn’t want to disappoint her.

When she picked me up and I told to her that I was feeling nervous, she reassured me it would be FINE and that I might actually had fun.

Heh. Obviously I have yet to trash talk exercise enough in her presence.

Anyway, my anxiety ramped up once we got to the studio and Cate picked out our spots in the FRONT ROW. I weakly tried to convince her that the back row would be a much better spot, but Cate was determined that the first row was the best row.

15 seconds before class started a realization slammed into my brain like a freight train. Cate is a former Vikings Cheerleader.

Do you KNOW how many people fit into the Vikings stadium?!? 64,000. If you can dance in a teeny cheerleader costume in front of 60,000 people, then dancing in front of 30 people who have a totally unobstructed view of you in the mirror(S)? Total cake walk.

Class starts. I’m desperately trying not to look like a moron. It is not working. The only other person in the front row was a African American lady that looked like she came out of the womb doing Zumba.

Sidenote: You know when you watch an exercise video and there’s always a person standing on either side of the instructor, and they are doing all the moves in perfect synchronicity? Behind the row of perfect athletic specimens they place the chubby awkward people, that way the non-athletic people feel like they have someone to identify with. Wanna guess which person I was?

People. I was constantly two beats behind and struggling to move in the right direction at the right time or at least not the opposite direction of everyone else, and I’d get my feet moving right and then realize I wasn’t moving my arms at all, so then I would move both sets of limbs and that would add in the whole trying not to trip over my feet thing.

Meanwhile Cate is not only hitting all the moves, she is hitting them HARD and also adding in things in like the sexy hair flip and all these coordinated fancy hand/hip/head movements that I couldn’t even do if I was standing still.

I was trying to stay focused on what we were doing but I kept getting distracted by thoughts like, seriously, how DUMB are you to agree to this? Is my brain communicating AT ALL with my feet? Why do I look like I’m standing up straight when it FEELS like I’m dropping it LOW? I am getting pwned by an elderly asian lady right now. Why is Zumba so HARDDDDD???

And then internets…. I forgot how to do The Running Man.
WHO CAN’T DO THE RUNNING MAN?!?!

OH, my brain THOUGHT we could still do it, but my body was like, nu-uhhhh. Nope. Not happening.

I could hardly hear my own thoughts because my brain was pounding so loud in my skull. And I wanted to hug the floor…. with my face.

By the way, at this point Cate had hardly broke a sweat and looked like she was having the time of her life. She would seriously get giddy every time a new song would start.

BUT! This was when we reached the part of class when I started actually having fun!

And that is when I saw them.
There they were, in the back row… looking like their brains had long since stopped communicating with their limbs and like they’d rather be sitting on the couch in their snuggie watching The Young and The Restless.

Thanks Cate, for helping me try something new. Even though I complained A LOT, I really did have fun!

Hi! My name is Mel and this is a peek into everything that goes on inside my mind!
Join 361 other followers